FUTURE FOOD FOR CLIMATE WILL BE PRESENTED IN THE US

Future Food for Climate Change (FF4CC) will be presented in the United States. The mission is focused on how technology can help the food chain to cause less harm to the climate and find new solutions for a sustainable future. From September 6 to September 18 FF4CC stops in San Francisco and New York for its official US kickoff.

The US mission, led by Sara Roversi (Founder of the Future Food Institute) and Claudia Laricchia  (Director of institutional relations and special partnerships FFI and Coordinator of the Future Food for Climate Change project) includes a series of institutional meetings and public events to promote the impact of the application of technology in the food supply chain, on the climate and on the environment.

«After the success of the advocacy campaign begun during the Global Mission, which has enabled us to meet over 65 Al-Gore network Climate Leaders across Europe, India, Canada and the United States and to involve hundreds of people on digital channels, we are ready to generate an even greater impact on the environment through the second phase of the “Future Food for Climate Change” project – explains Sara Roversi – This will be pissible through several actions and involvement of the enlarged community to create awareness on this issue, and with actions aimed at the development of entrepreneurship and innovation projects in the food chain that can have a positive impact on the environment. Concretely, we are starting with 4 international Summer Schools, in China, Italy, Thailand and the United States; with the planning of studies and surveys and with actions that inspire anyone to act through their own climate actions. Innovation in food, as well as climate change, in fact, are a collective effort. And we at the Future Food Institute are determined and already committed to doing our part to leave to the new generations a planet at least better than we have inherited from it .»

«First of all we must stop eating what is polluting and polluting by eating – adds Claudia Laricchia – The Planet can no longerstand the food system process including the growing, processing, packaging, transporting, marketing and consumption of food. The Future Food Institute is committed to keep promoting a healthy and sustainable relationship between man and food for the health of people and the earth. The agreement between Future Food Institute and The Climate Reality Europe, the European branch of the project born of Al Gore, former Vice President of the United States and Nobel Peace Prize for his environmental commitment, proves it».

The Future Food Climate Project US kickoff has two major moments. The first one is in San Francisco on September 13 as a side event outside the simultaneous Global Climate Action Summit.

The San Francisco FF4CC event promotes a panel discussion on the key role of clean and plant-based proteins at The Tinker Kitchen (3233 22nd Street). The conversation is organized by The Future Food Institute, KitchenTown and Institute for the Future‘s Food Futures Lab. Tickets are available on the eventbrite of the event HERE.

The discussion features entrepreneurs, industry experts, policy advocates and showcases local and international best practises such as Impossible Foods, creating a delicious plant-based meats and New Wave Foods, the first sustainable plant-based shrimp company. Stanford University is represented as well as the Institute for the Future and the NGO The Good Food Institute, currently researching on technological need within plant-based and clean meat innovation.

On September 17, Future Food for Climate Change is presented in New York at the Embassy of the European Union to the UNthanks to the collaboration of the Head of Delegation Antonio Parenti, as a following step to the previous “Food Innovation Global Mission” stage (link existing post).

The Future Food for Climate Change project aim is to grow awareness on the food, climate and innovation connection all over the world, starting from Bologna, Italy where it was born. On September 4 at 6.30 pm at the Scuderia of the Future Food Urban Coolab (Piazza Verdi 2 – BO) Future Food Institute greeted the US mission with a public discussion. Local and national institutional policy makers, Climate Leaders and sustainability experts were invited to share ideas with an Urban Farmer, a Food Alchemist and some Food Makers,  young innovators working with the Future Food Institute.The complete video of the event is available HERE 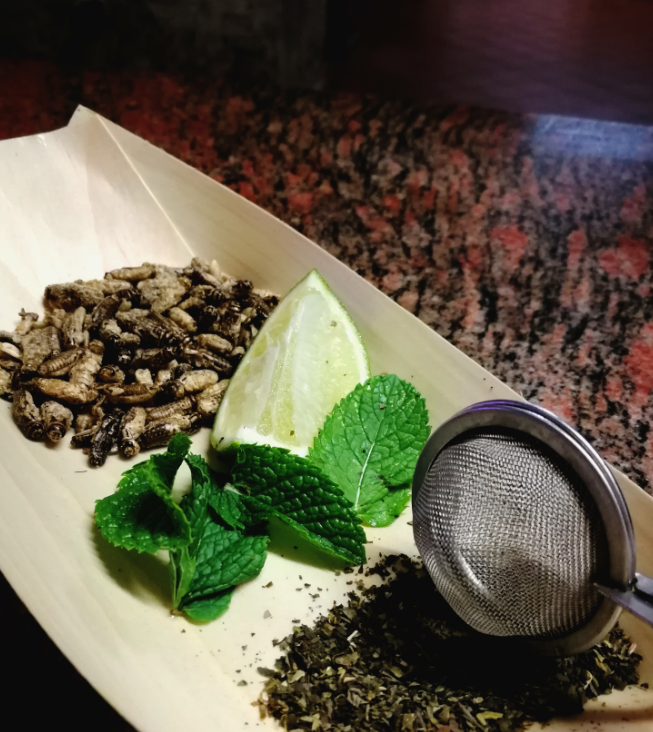